Edit
watch 01:33
Bringing the Hellboy Comics To Life
Do you like this video?
Play Sound

Hellboy (2019 film)
Hellboy is a 2019 comic book/superhero film directed by Neil Marshall, starring David Harbour, Milla Jovovich and Ian McShane, and based upon the Dark Horse comic book series Hellboy by Mike Mignola, in particular the eight issue miniseries The Wild Hunt. It serves as a cinematic reboot to the Hellboy franchise, having no relation to the previous two films directed by Guillermo del Toro.

In the film, Hellboy battles the evil Blood Queen, an ancient medieval sorceress who seeks to unleash a demonic plague upon England.

While planned by del Toro, a third and final installment in his film trilogy was never produced. Instead, a third film was scrapped in favor of an R-rated franchise reboot. Released in 2019, the film received negative reviews and was a box-office bomb.

In the Dark Ages, the evil Blood Queen Vivienne Nimue unleashes a plague on England until King Arthur stops her with the aid of Ganeida, a member of her coven. Arthur uses Excalibur to dismember Nimue, and hides her remains across England.

In present day Tijuana, Mexico, paranormal investigator Hellboy reluctantly kills missing B.P.R.D. agent Esteban Ruiz, whose mission got him turned into a vampire. After hearing Ruiz's dying words that the end is coming, Hellboy is brought back to the B.P.R.D. in Colorado. He is assigned by B.P.R.D. leader Trevor Bruttenholm, his adoptive human father, to assist the Osiris Club in their hunt for three giants. Hellboy is informed by the club's seer Lady Hatton that Bruttenholm was meant to kill him when he first came into the world as the result of the Nazis' Project Ragnarok. Meanwhile, the boar-like fairy Gruagach is advised by the witch Baba Yaga to retrieve the pieces of Nimue, so she may grant his wish for revenge against Hellboy.

During the hunt, Hellboy is betrayed and nearly killed by the hunters before they are ambushed by the giants. Barely conscious, Hellboy manages to defeat the giants before being rescued by a young woman. Hellboy awakens in the woman's flat and recognizes her as Alice Monaghan, a medium he once rescued from fairies as a baby. Sending a SWAT team to retrieve Hellboy, Bruttenholm relays that Nimue's remains have been taken and the last piece is at the Osiris Club. They are introduced to M11 agent Ben Daimio, and Hellboy and Alice join the team headed to the club. Finding the club slaughtered, Alice channels Hatton's spirit, who reveals that Nimue seeks Hellboy to cause the apocalypse. Nimue's arm is taken by Gruagach, and Nimue distracts Hellboy by appealing to his frustrations, allowing Gruagach to escape. Hellboy reveals that Gruagach is a changeling who took baby Alice's place before Hellboy branded him with iron and forced him to return Alice. Gruagach hates Hellboy for taking his chance to be human.

Daimio takes them to M11 headquarters before secretly acquiring a special bullet to kill Hellboy. After an argument with Bruttenholm about his adoption, Hellboy leaves before being magically transported to Baba Yaga's house. Having shot out Baba Yaga's right eye, Hellboy is talked into giving up one of his eyes for the location where Nimue plans to restore herself. Hellboy reneges on the deal and in anger, she curses him to lose a loved one. On the way to Nimue's location at Pendleton, Daimio reveals to Alice that he was the sole survivor of a jaguar attack.

The group arrives after Nimue's full resurrection, and kills her coven with the exception of Ganeida. Nimue poisons Alice and flees with Gruagach; Ganeida directs Hellboy to the resting place of the wizard Merlin to save Alice. Hellboy and Daimio excavate Merlin's still-living body, and Merlin cures Alice before putting her and Daimio to sleep. Merlin tells Hellboy that he is a descendant of King Arthur through his mother, who was spirited to Hell by his father. When offered Excalibur, Hellboy refuses it after a vision of himself causing the apocalypse. Merlin, having exhausted his magic, disintegrates.

The trio return to London to find the M11 staff dead and Bruttenholm missing. They follow Nimue to St Paul's Cathedral, and Hellboy fights an empowered Gruagach aided by Daimio in his jaguar form. Nimue kills Gruagach, and knocks Hellboy into Arthur's hidden tomb that holds Excalibur. Hellboy initially refuses to pull the sword, but reneges when Nimue kills Bruttenholm. The sword's removal opens a portal to Hell from which demons emerge and attack London. Alice channels Bruttenholm's spirit to dissuade Hellboy and he decapitates Nimue, throwing her head into the closing portal after the demons are sent back to hell. Hellboy and Bruttenholm exchange farewells, and Daimio discards the special bullet.

Six months later, the trio raid a cult club where they find the water tank of Abe Sapien. In a mid-credits scene, Hellboy is consoled at Bruttenholm's grave by the ghost of his hero Lobster Johnson. In a post-credits scene, Baba Yaga enlists an unseen force to seek out Hellboy with the promise of allowing him to finally die.

On August 21, 2017, The Hollywood Reporter[1] announced Ed Skrein was joining the film in the role of Major Ben Daimio. Given the character's Japanese heritage, the casting of a white British man in the role was met with accusations of whitewashing. On August 28, Skrein dropped out of the film, issuing the following statement[2]:

Last week it was announced that I would be playing Major Ben Daimio in the upcoming HELLBOY reboot. I accepted the role unaware that the character in the original comics was of mixed Asian heritage. There has been intense conversation and understandable upset since that announcement, and I must do what I feel is right.

It is clear that representing this character in a culturally accurate way holds significance for people, and that to neglect this responsibility would continue a worrying tendency to obscure ethnic minority stories and voices in the Arts. I feel it is important to honour and respect that. Therefore I have decided to step down so the role can be cast appropriately.

Representation of ethnic diversity is important, especially to me as I have a mixed heritage family. It is our responsibility to make moral decisions in difficult times and to give voice to inclusivity. It is my hope that one day these discussions will become less necessary and that we can help make representation in the Arts a reality.

I am sad to leave Hellboy but if this decision brings us closer to that day, it is worth it. I hope it makes a difference.

Lionsgate issued their own statement a few hours later[3]:

Ed came to us and felt very strongly about this. We fully support his unselfish decision. It was not our intent to be insensitive to issues of authenticity and ethnicity, and we will look to recast the part with an actor more consistent with the character in the source material. 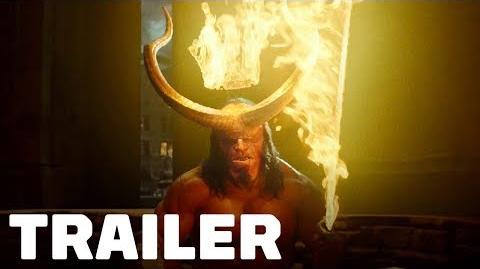 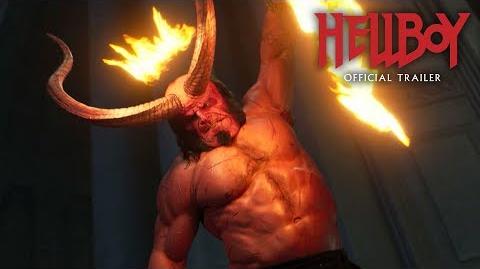